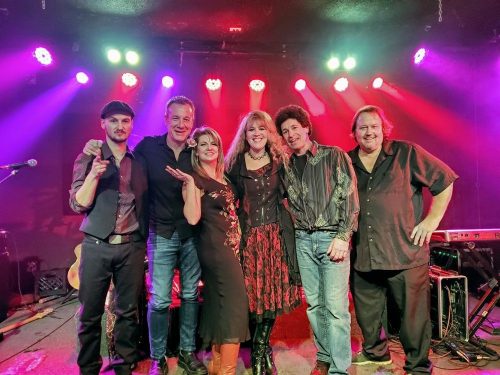 This year marks Rumours’ 24rd year together since they began in 1997. Come out and and join them as they rock Marion with many of your favorite Fleetwood Mac hits, as well as solo hits, from Stevie Nicks, Lindsey Buckingham and Christine McVie. The lineup includes: Lance Horwedel as Lindsey Buckingham (lead vocals and guitar); Claudia Doman as Christine McVie (lead vocals, keyboards and guitar); Shannon Martin-Paul as Stevie Nicks (lead vocals); Dave McNary as John McVie (bass); Brian Runkle as Mic Fleetwood (drums) and Matt Corkins (keyboards).

The bands’ interests are deeply rooted in the history of Fleetwood Mac’s song archive. You can tell by their set list dating back into the Peter Green Era. They also delve into Stevie, Lindsey and Christine’s solo careers which span over 50 years. Come take a walk down memory lane with Rumours as they recreate the sights and sounds of these amazing singers, songwriters and musicians everyone loves.